Analysis of Types and Patterns of Innovation 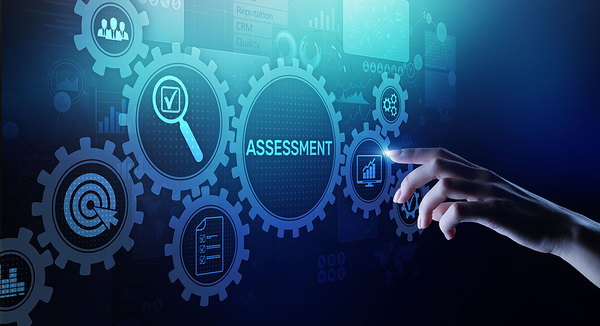 Analysis of Types and Patterns of Innovation

Innovation uses ideas to create new commodities or services or enhance existing ones. Previously, I discussed the social media platform Facebook as an innovative organization. Facebook is a social networking website where users may establish profiles, publish information about themselves such as images and comments, and reply to or link to the material shared by others. This paper discusses Twitter and Snapchat as innovations and their relationship to Facebook. Additionally, a study of the innovation’s technological S-curve will be explored.

Initially launched in 2011, social messaging and photo-sharing service Snapchat has become a global sensation, making CEO Evan Spiegel one of the world’s wealthiest social media entrepreneurs (Dean, 2022). Facebook has a more significant number of daily active users than Snapchat. Snapchat focuses more on ephemeral content, while Facebook focuses on providing information. Facebook seems to lack the fun factor that Snapchat has kept intact in recent times. The Chatbots feature is exclusive on Facebook. Facebook is more involved in the business and advertising sector compared to Snapchat. Social media’s reach allows anyone to reach millions of people simultaneously through content or post (as said on Facebook and Snapchat). Companies engage on social media platforms to connect with customers, advertising, and promotion. Some use it for simple communication, and others for providing career opportunities. 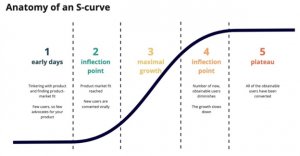 An s-curve is a curve with an s shape that begins at 0, steadily increases until it achieves a relatively abrupt increase, then plateaus or drops. When a firm begins, it often follows this pattern of growth. When a firm first starts, its items sell slowly.

A “Snap” is a photograph or video transmitted using the Snapchat application. According to Snapchat, an average of more than 5 billion snaps are made daily. An increase of 25% over the previous quarter’s total of 4+ billion in Q2 2020. The number of people who use Snapchat daily has risen to 293 million, representing an 85.44 percent growth from the 158 million daily users in 2016. Snapchat announced the most considerable year-over-year percentage user growth of any social media platform in 2014, with a 104 percent increase (Dean, 2022). Snapchat’s worst year for user growth occurred in 2018, when the company completed the year with 186 million daily active users. This was a one million-user decline from 2017. 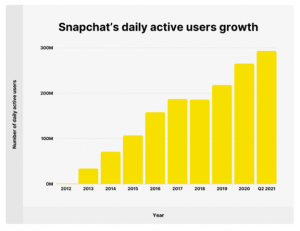 Since 2014, Snapchat has added 32.88 million daily active users. Among its most recent innovations are Map Layers: personalized map experiences, Spotlight: a discovery engine for top-performing films, Happening Now: a curation of current events, and Snap Games: ad-supported games, as well as games created by Snapchat and third-party developers. Snapchat anticipated a $2.5 billion annual income in 2020 (Dean, 2022). Facebook also provides its users with a gaming experience and stories. Snapchat is more famous because of its disappearing message feature, which Facebook does not have.

Twitter had a 118.86% rise over the previous year’s figure of $1.18 billion. Compared to the prior year, revenue climbed 116 percent to $982 million in Q2 2021. In the first three months of 2019, it was utilized by 330 million individuals monthly. While this is an increase over the previous two quarters, it still represents a net loss of six million members compared to last year’s same period (Richter, 2019). During the previous three years, Twitter has gained 20 million new monthly active users, with its total user base holding around 330 million for the majority of that time. This suggests that the site has reached its growth limit. Twitter is borrowing a leaf from Apple’s playbook to address the issue at hand. Just as Apple will cease disclosing unit sales data for its goods, presumably because they no longer appear as great as they once did, Twitter will stop disclosing monthly active users in the future, presumably to avoid awkward inquiries about its dismal growth. 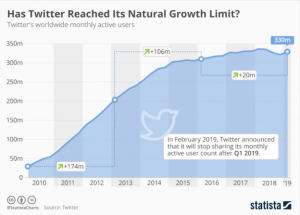 Twitter will now prioritize “monetizable daily active users,” a statistic encompassing all users who use Twitter on a given day via a platform/application capable of displaying advertising.

In conclusion, according to the s-curve interpretation, Snap Chat, Facebook, and Twitter completed their ‘maximal growth’ domain. These platforms constantly grow and focus on technical developments to attract new users.

Dean, B. (2022, January 5). Snapchat Demographics Stats: How Many People Use Snapchat in 2022? Backlinko. https://backlinko.com/snapchat-users

Goeldi, A. (2018, September 20). Why S-Curves Are Probably the Most Important Concept in Entrepreneurship. Introspective. https://innospective.net/why-s-curves-are-probably-the-most-important-concept-in-entrepreneurship/

The page you requested could not be found. Try refining your search, or use the navigation above to locate the post.